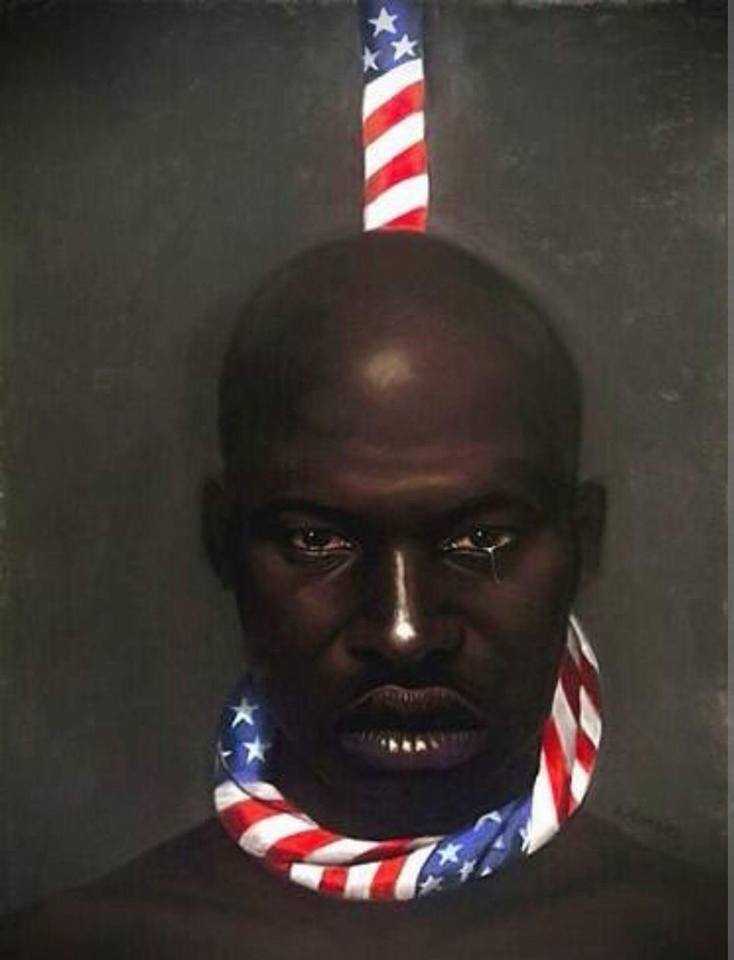 I’m worried.  I’m a worrywart as is, so I didn’t need any help.  This has been a really rough week.  Personally, I already needed some peace in my life.  But, more importantly, now this country does too.

Marvin Gaye sang about the ills of this country in 1971.  You’d think things would have improved by now.  In some ways they have.  But we have SO much more work to do.  We’ve gotten distracted.  Some people are too comfortable with their personal gains and success to notice that so many others have been left behind.

The killing of presumably innocent and/or unarmed black men and women has been disheartening for years.  But this week alone, while most of the country celebrated “Independence” Day, three men – Delrawn Small (37), Alton Sterling (37) and Philando Castile (32), were shot and killed by the police.  What’s more disturbing is that live, and very graphic videos of two of those shootings were distributed all over social media.  Yes, we all needed to know what happened, but I am concerned that publicizing those images repeatedly, may have caused more harm.

Other media outlets gladly stepped in to add to the turmoil.  As usual, they made sure to bring up the criminal history of the victims.  They tried to discredit their character and rationalize the officer’s actions.  They rarely, if ever, mentioned the tainted past of the officers.  It’s very effective.

I admit, I even read the details of each incident and was almost coerced into thinking the victim may have brought it upon himself.  Like, “Why did Delrawn get out of his car?  Woe, he’s been arrested a lot.  His girlfriend did say he was quick tempered.” or, “Why did Alton have a gun on him?  Was he on probation?  Why didn’t he get down on the ground when they said to? ” and “Why the hell did Philando even tell the officer that he had a gun?  Why didn’t he just announce that he was reaching for his wallet?”  As if any of that would’ve mattered.

You mean to tell me that a crazed white man can shoot up a church, killing NINE people and be detained without dying?  They even protected him and fed him.  Come on!  Where they do that at?  Oh, in the “United” States of America.

What kind of country is this when hearing that a black man died in his 30s, is met with mild relief that he at least lived that long?!  I was starting to get desensitized by all of the hashtags and the deaths.  But seeing Alton’s son break down at the press conference broke my heart.

This week, I was sadly reminded of the time that my own father had a run in with the police.  We lived in Rochester, NY at the time, on the East side.  I point that out because the West side was where the “hood” was.  There was even an area called Fight Village, because of all the violence there.  Living on the East side was considered much safer.  But, that safety came into question one morning.

I was in middle school and at school when it happened.  But my father had come home from a night shift and before he could go in our apartment, he was surrounded by officers.  They pushed him to the ground and one of them held him down with his foot on my dad’s neck. Then they asked for ID.  They had their guns drawn on him.  Mind you, my dad was born and raised in Haiti & has a very thick accent when speaking English.  His accent was even thicker back then.  But he told the officers where his wallet was and they took it out of his pocket.  He didn’t want to do it himself.  My father knew then that any sudden movements may have gotten him killed.  My father, the strongest man I know, was scared for his life that day.

Come to find out, our downstairs neighbor had a warrant out for his arrest.  So they pounced on the first black man they saw at our address.  When they reviewed my dad’s ID and came up empty after they checked his records, they let him go. They didn’t apologize. Nothing.  Just left.  My dad was traumatized and shaken up for days after.  I was so outraged when I heard the story that I wrote a letter to the police commissioner.  Our pastor helped me get it to my intended audience (nothing came of it though).  My mom joked that I should become a lawyer.  I wanted to file a lawsuit against the city for the way they had mistreated my dad that day.

Considering the way most confrontations with the police end these days, my dad got off “easy.”  It’s scary to think about how different the outcome would have been today.  Some officers today think their uniform & badge makes them superior and infallible. Some grossly abuse the authority they’ve been given.  I will pause here to say that I know there are good cops, even great cops out there.  I have fond memories of the ones that came to my schools or were present at our community events.  Sure, most of my favorite ones were people of color, or women.  But a few of the interactions I have had with white cops, even recently, have been positive.  So, by no means do I condone violence against officers.  They are people too.

There are assholes in every profession.  There are people that have no business in customer service, because they are rude as hell.  There are teachers that could be more patient and doctors that need to work on their people skills.  But those people aren’t carrying guns.  Some cops are just bullies with a badge.  They shoot first and ask questions later, if at all.

What’s worse is when rookie cops shoot people out of plain fear.  Are they not trained to remain calm in certain situations?  Are they trained at all to accurately determine a person’s level of threat?  Let’s say someone is sitting in a car, still strapped with the seatbelt and their hands are up (just a random example).  Isn’t he less of a threat than a man frantically waving a gun? Shouldn’t an officer’s gun only be drawn as a last resort?

I have looked at all of the “gadgets” officers carry up close.  They have like 20 items on their belts!  Is the baton, pepper spray, and taser there just for decoration?  Are they only trained to kill?  Why do they shoot so many rounds?  Is there a reason why they can’t shoot the person in the leg, or the arm…oh wait.  Sigh.  Let’s face it, the prison system is a big business.  But is arresting people to support that systemic oppression not as big of a priority as simply killing them off?

I’m worried.  I’m worried about my friends raising sons in this country, as things only seem to be getting worse.  I’m worried for my brothers, especially the one that has a short temper and doesn’t care for the police.  I’m worried for my father, less now that he’s older, but you never know.  People are killing our fathers and perpetuating the stereotype of fatherless black children. I’m worried for my friend’s husbands that are great men that just happen to have one bad thing going for them, the color of their skin.  I’m worried about ever having to witness the man that I love being killed in front of me.  I don’t want to live in a world in which I pray that my future child is a girl, not a boy.  Because she may have a better chance of making it to her 16th birthday, let alone her 30th.

I obviously have a lot of questions and no one seems to have the answers, not even Sway. There is something fundamentally wrong with this country.  That’s what happens when people try to sweep institutional racism and a history of violence against black people under the rug.  It bleeds out.  Unfortunately, in the same way the three men killed this week did.